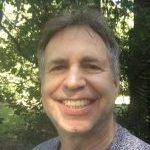 Bruce Bondy is an Award Winning Architectural Illustrator and the principal of Bondy Studio. Trained in both architecture and classical drawing and painting techniques he has owned his own Illustration Studio since 1995. Previously he worked as an executive in the generic pharmaceutical industry working for Major Pharmaceutical, Chicago. He is married with 3 grown children and lives in Northbrook, IL where he is Chairman of the Northbrook Arts Commission.  He is also a member of RAIN (Racial Awareness in the Northshore) and a group known as the Montgomery Travelers. Bondy considers himself an Aspiring Anti-Racist and became deeply committed to race activism after visiting Montgomery, Alabama with a mixed race, mixed faith group of 26 people he barely knew in April 2019.  He is deeply honored to have been invited to join the Board of Together Is Better Alliance.