I Know You’re Not Racist! Now Prove It.

It's easy to feel defensive about the term, "racist." Most people don't want to be identified in this way. Generally our society frowns upon the notion of hurting someone or holding them back just because of the color of their skin. And that’s a good thing!

It's easy to say, "I'm not racist" and to believe that being a "good person" in our society is defined by working, tending to self and family, believing in a higher power like God, and not actively engaging in acts of bigotry and hatred against people with darker skin. It’s not enough.

You see, racism is actually a system that was built by design. We have made some progress to extend rights to those who were explicitly excluded from the American dream. But we have also time and time again retreated from those legal declarations and never experienced a full transformation of the system that still holds people with darker skin down. White supremacy doesn't have to look like the KKK. There is something much more insidious at work, and it's as American as apple pie.

So when you tell me that you're not racist, I truly want to believe you. And for me to believe you, I need you to do something for me. I need you to commit yourself to unlearning the PR story of America we were taught in school that glorifies white men above all others. I need you to spend the time learning the dreadful truth of what it took to build all the abundance we see around us. It couldn't have happened without free labor brought about by violence and oppression.

You'll need to give yourself space to process what you learn. It's an emotional journey like no other. It will contradict and challenge most of what you think you know about our great nation, and how it's actually never been great for everyone.

The good news is that we can choose to start building a country with freedom, liberty, justice, equity, and the pursuit of happiness for all. But we'll never get there if we are still stuck on saying we’re not a racist without doing the deeper work.

We need you. And if you don't do this work, then I don't believe you when you say, "I'm not racist." Because by remaining silent and not acting, you are allowing racist systems to carry on just as they were designed. I hear you say that you aren’t racist. I hear that you don’t think racism is good.

But I need you to show up to this discussion. It’s in the water. You’ve been drinking it for years.

We found this quiz on Survey Monkey and thought you might be interested in taking it. It provides some substantive and reflective questions on attitudes about race and racism. Click here.

Beyond Grief: The Paradox of Patience, Andy Swindler, (1/20/20). Click here for article.

Mashable, June 2, 2020
6 ways to be antiracist, because being 'not racist' isn't enough
Amplify is Mashable’s series on raising awareness, spotlighting issues, and taking action. In this article, Ruiz breaks down Ibram X. Kendi’s book, How to be An Anti-racist into 6 things a person can do to be antiracist. She asserts that the only way to do it is through honest self-reflection and critical thinking. Click here. Rebecca Ruiz

CNBC Make It, Work Segment, June 15, 2020
Companies are speaking out against racism, but here’s what it really looks like to lead an anti-racist organization
In this time of racial unrest and protests, some companies appear to be making changes to their policies and practices in order to be an antiracist company. Click here. Jennifer Liu

Teaching Tolerance Newsletter, June 30, 2020
Anti-Racist Work in Schools: Are You in it for the Long Haul?
Teaching Tolerance is a project of the Southern Poverty Law Center. In the wake of Black Lives Matter protests, educators and schools across the nation are planning anti-racist work. How will you ensure your school isn’t just going through the motions? Click here. Elizabeth Kleinrock

Why Andy Wrote This?

Andy brings hearts together to unify humanity. He envisions a world that embraces healthy tensions to ensure dignity and agency for every person. Andy is devoted to building an equitable world by understanding and dismantling his own complicity in systems of oppression while working on transforming the systems themselves. He co-founded FeelReal to hold space for people to share our true stories and connect deeply in community to shift the dominant narrative from fear to love. To learn more about Andy’s work in unifying humanity, go to https://feelreal.net/ or https://andyswindler.com/. 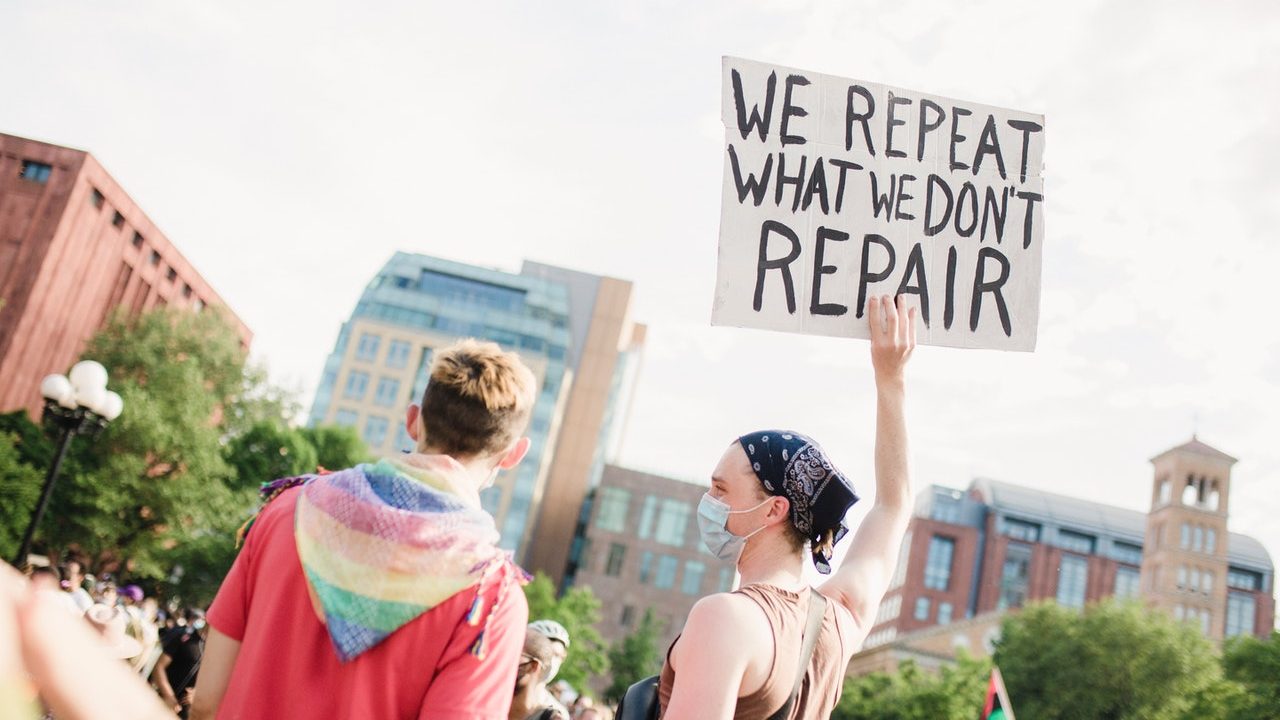