It is critical for white people—including me--to understand and remember that we were almost always raised with blinders on and were not aware we had them on, specifically regarding racial justice.  We were not aware we wore these blinders and how they distorted the news we received, our education at home and school, and our resulting views.  The tainted reporting on racial matters conflicts with the moral teaching and Biblical commandment:  Thou shalt not bear false witness against thy neighbor.

A major American newspaper, The Kansas City Star, researched its archive, identified instances of racist reporting and apologized for its historic racist coverage, acknowledging that “the sins of our past still reverberate today.” The paper wrote in December, 2020: “For 140 years, it (the Star) has been one of the most influential forces in shaping Kansas City and the region.  And yet for much of its early history – through sins of both commission and omission – it disenfranchised, ignored, and scorned generations of Black Kansas Citians.  It reinforced Jim Crow laws and redlining.  Decade after early decade it robbed an entire community of opportunity, dignity, justice and recognition.”

The Star’s public apology strikes me as important for several reasons:  First, it acknowledges the real and pervasive harm caused to the Black community over many decades; Second, it illuminates how the Star directly and indirectly supported white supremacy and systemic racism; Third, it points out that its coverage did a disservice to whites too as these readers were “deprived of the opportunity to understand the true richness that Black citizens brought to Kansas City.”

The Star was spurred to review its past through a racial justice lens by the protests following the murder of George Floyd in Minneapolis in May of 2020.  While the Star has made progress in its coverage, it admits it needs a more diverse staff and “deeper community conversations to better focus our coverage.”  Toward that end, it has hired an editor to focus on race and equity issues.  It has also created a series, “Lifting Black KC Voices” to feature the accomplishments of and the issues that most affect Black Kansas City residents.

Other newspapers such as The Orlando Sentinel, The News and Observer (Raleigh, NC), and the Montgomery (AL) Advertiser have also issued apologies for racist coverage of specific events or racist coverage over lengthier periods.  Yet such public acknowledgements of past missteps are rare in the American media landscape.  (See link below to “Maligned in Black and White”)

“Maligned in Black and White – Southern newspapers played a major role in racial violence.  Do they owe their communities an apology?”  Mark Pinsky, June 29, 2021 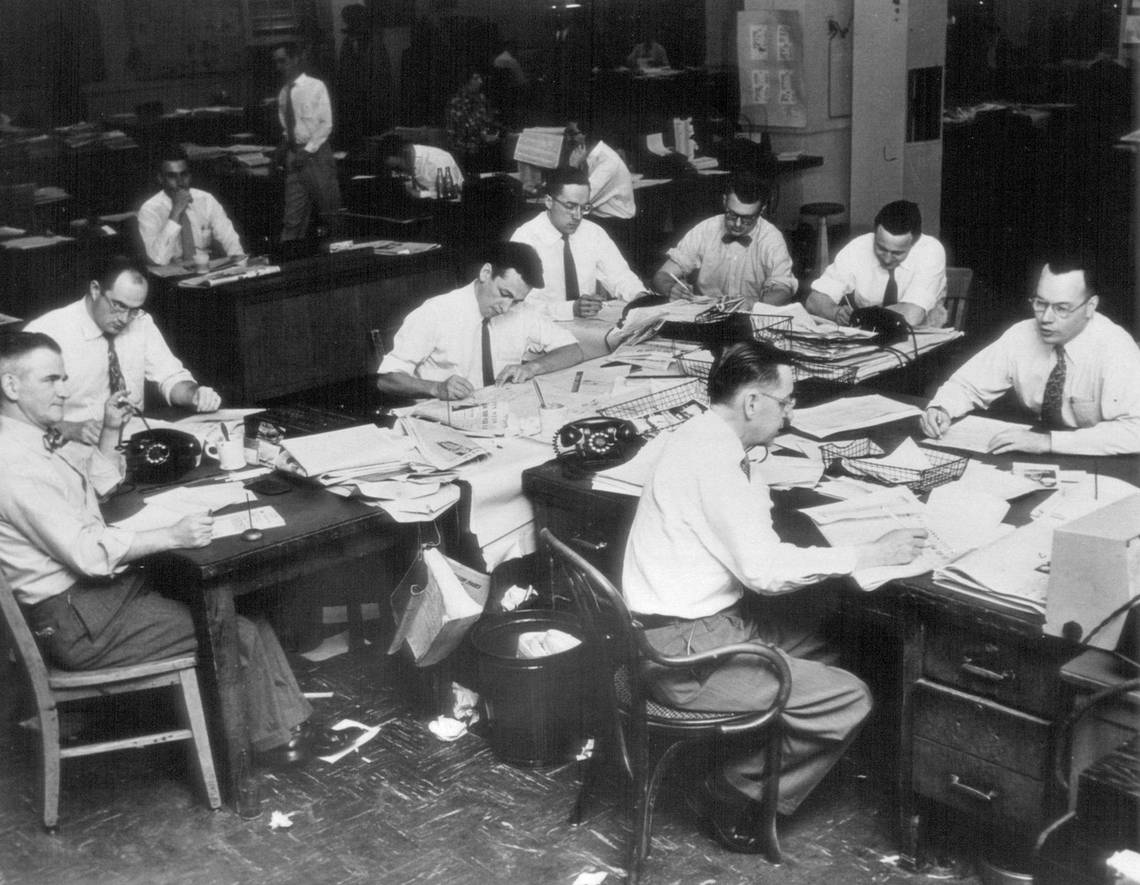 "Not only were the shirts all white, there was a time when all of the reporters at The Star and Times were white, and male. This lack of diversity made for coverage that ignored large swaths of the community. File THE KANSAS CITY STAR"