Thank you for journeying with us in understanding and learning about systemic racism. We hope that you will commit yourself to this life-long journey through reflection about your own thoughts and actions. By confronting a more informed historical truth which has led to current realities that perpetuate injustice in America, we can shift those systems and rebuild them to be more equitable. Your commitment to this journey is an act of courage. It will challenge you in many ways, and it will be worth it as you join the movement for collective liberation.

For more information about why this is important to Together is Better Alliance (TiBA) and why we think others would want to embark and continue on this journey, we invite you to consider perspectives, opinions, and resources on this page. Updates will be made quarterly.

Disclaimer: Together is Better Alliance presents this page based on opinions, reflections, and varied resources, not as a scholarly site. We welcome your feedback and contributions. We reserve the right to select and publish written contributions which we deem consistent with our mission and vision. Feel free to email us at info@togetherisbetteralliance.org. 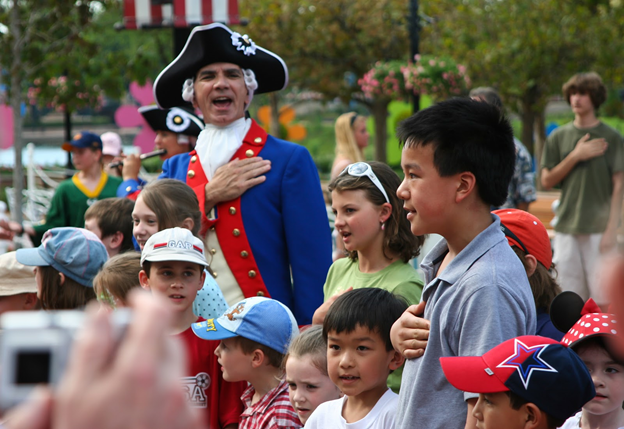 I grew up in a small town of 10,000 people called Fulton, Missouri, USA, in the 1980s. While the area was generally rural, Fulton was unusually rich in culture. It has two colleges, the state school for the deaf, a state prison, a significant connection to history (e.g., Winston Churchill’s Iron Curtain speech, a sculpture made from eight sections of the Berlin Wall), lots of farmers, academics, scientists and working class families. Fulton stands as the seat of Callaway County, which seceded from both the North and South and technically has never rejoined the United States. To this day people still refer to it as the “Kingdom of Callaway”.

Yet even with all that diversity of thought and experience, it is still populated— overwhelmingly—by people with lightly melanated skin (a.k.a. white people).

The Other Woke* - Awake

“Woke” was first used in 1940 and began to be used in African American communities as the term, “stay woke,” about 2014.  “Stay Woke” advised alertness to negative police activities involving members of communities of color (i.e., black people, indigenous people, and other people of color).

Over time “Woke” expanded to include perceived and real injustices throughout communities of color. Then one tragic event - captured on video and broadcast globally – documented the slow death of a black man under the knee of a police officer. This powerful image stirred strong emotions beyond the black community and even beyond other communities of color. “Black Lives Matter (BLM)”, a movement born after the 2016 police shooting resulting in the death of Michael Brown, viscerally captured the deadly effects of the misperceptions and the incivility toward black communities. 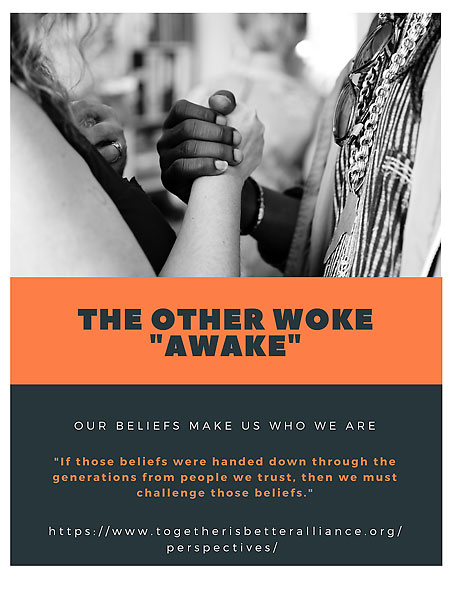 Our Top Resource Picks are not based on the most popular or best-known reads or documentaries, but intended to provide illuminating, educational, yet sometimes lesser known resources that you may not be aware of. Our current Top Picks include:

Stay tuned for our next Top Picks coming in July. Do you have a resource that you would like to share?

If so, please email us at info@togetherisbetteralliance.org