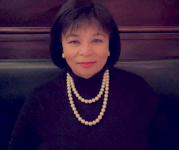 Ms. Hatchett currently serves as President of Together is Better Alliance, a non-profit committed to dismantling systemic racism through education.

Ms. Hatchett is a retired General Motors executive whose legal career included serving as Global Leader-Information Technology Legal Matters, and General Counsel, and Business Unit Counsel for operations located in and outside the US. In doing so, she traveled extensively from Detroit and worked as an expat in Zurich Switzerland and Port Elizabeth, South Africa. Following retirement, she has provided consulting services, including as member of a court appointed Foreign Corrupt Practices Act (FCPA) global monitor team that assessed a multi-national company’s adherence to the terms of a Deferred Prosecution Agreement resulting from violations of the FCPA, and as mentor of Executives working for corporations with operations in and outside the US.

Ms. Hatchett has a long history of volunteerism, including prior to her retirement. Currently she serves on the League of American Orchestras’ Board of Directors, the Advisory Board for Coaster Cycles, and the Council of Legal Advisors for Delta Sigma Theta Sorority, Inc. Ms. Hatchett previously served on the Volunteer Council of the League of American Orchestras and is a Past President of the Southside Friends of the Chicago Sinfonietta. Ms. Hatchett is also an active supporter of the Chicago Sinfonietta; a classical music orchestra formed in 1987 by Maestro Paul Freeman, a Black man, committed to showcasing the contributions of people of color to the classical music field; and to providing people of color access to a career path in the classical music field.