“People died so you could vote.”

Towards the end of President Bill Clinton’s first term, I became disillusioned with the president and his policies. One day, chatting about Clinton with a friendly taxi driver, I said “I might not even vote next time he runs.” The driver, an older African American man, turned around and looked at me. He said: “People died so you could vote.” Even today, thinking about it gives me chills and brings tears to my eyes.

On paper, African American men gained the right to vote in 1870 when three quarters of the states ratified the 15th Amendment. Yet, widespread violence, including mass murder, fraud, the institution of poll taxes and “literacy” tests, effectively prevented them from exercising their constitutional right for decades. Congress waited until 1957 to empower the attorney general to sue [southern states?] to remove racially discriminatory barriers to voting. And while the attorney general used this power, individual lawsuits were not sufficient to prevent continued massive disenfranchisement of African Americans. In 1965, following the sustained efforts of leaders such as John Lewis in the face of waves of brutality against them, President Lyndon Johnson signed the Voting Rights Act. As current Attorney General Merrick Garland recently explained:

Central to the law was its “preclearance” provision, which prevented jurisdictions with a history of discriminatory voting practices from adopting new voting rules until they could show the Justice Department or a federal court that the change would have neither a racially discriminatory purpose nor a racially discriminatory result.By any measure, the preclearance regime was enormously effective. While it was in place, the Justice Department blocked thousands of discriminatory voting changes that would have curtailed the voting rights of millions of citizens in jurisdictions large and small.
--Attorney General Merrick Garland, Washington Post, 7/6/2021

In 2013, the Supreme Court removed the “preclearance” protections, opining that times have changed, and it is no longer necessary for the federal government to monitor laws to restrict voting by states with histories of discriminatory voting practices. Given the green light, state legislatures began drafting laws to make it harder to vote. According to the Brennan Center:

As the League of Women Voters, the ACLU and others recognize, politicians across the country are intentionally creating barriers to voting and specifically targeting voters of color. https://www.lwv.org/voting-rights/fighting-voter-suppression; https://www.naacpldf.org/case-issue/barriers-to-voting/ In 2021 so far, 18 or more states have passed laws designed to limit voting. These laws “make mail voting and early voting more difficult, impose harsher voter ID requirements, and make faulty voter purges more likely, among other things.” https://www.brennancenter.org/our-work/research-reports/voting-laws-roundup-july-2021

Democrats have proposed federal laws to combat these efforts to prevent people from voting, including the For the People Act and the John Lewis Voting Rights Act, but so far have not mustered enough votes to pass either one. Grass roots organizations across the country are working to educate people about their rights, to register voters and to combat restrictions. Especially as we approach the 2022 mid-terms, we must all join these efforts.

First and foremost, we can call our elected representatives and ask them to support the For the People Act and the John Lewis Voting Rights Act. We can join phone and text banking efforts to encourage our fellow citizens to call their representatives. We can register voters in our communities. We can write postcards providing voter registration and voting information to voters in states with repressive laws. We can volunteer with election protection efforts and man hotlines to answer voters‘ questions. And we can support legislation to restore voting rights to people currently serving time for felonies. (Links to organizations we can all work with on any of the above appear at the end of this article.)

This last suggestion, allowing people currently paying their debt to society to vote, can be controversial. However, if we are serious about combatting racism, it is crucial. According to The Sentencing Project, in 2020, 1 in every 16 African American adults could not vote because of a felony conviction. https://www.sentencingproject.org/publications/felony-disenfranchisement-a-primer/ In Illinois, just 15% of the population is African American, yet African Americans make up 56% of the population incarcerated in Illinois prisons and 49% of inmates detained in Illinois jails.

Thanks to legislation enacted in 2019, Illinois requires jails to facilitate voting for community members incarcerated while awaiting trial. And people in Illinois who have served their time for felonies regain their voting rights upon release from prison. But like most states, Illinois prohibits people currently serving time for felonies from voting. Why? These people are still citizens. They are in prison, away from their families, unable to participate in most aspects of our society, but likely to rejoin our communities in the future. They have no less a stake in society, and in the people and laws that govern them, than the rest of us..  Felony-tiggered disenfranchisement is just one more way to deny African Americans their right to vote.

According to the Sentencing Project:

The denial of voting rights has a disproportionate impact on communities of color. As of 2020, in seven states – Alabama; Florida; Kentucky; Mississippi; Tennessee; Virginia; Wyoming – more than one in seven Black adults are disenfranchised. In total, 1.8 million Black citizens are banned from voting.https://www.sentencingproject.org/publications/felony-disenfranchisement-a-primer/

In Illinois, the proposed legislation has been gaining sponsors over the past few months. To see if your representatives are sponsors, click on the link below. If they are not, please call them and ask them to join their colleagues in co-sponsoring and supporting this legislation.

I can’t believe I was just taking my ability to vote for granted. That taxi driver was right to chastise me and I will never forget it. Voting truly is our superpower. Let’s use it and do everything we can to make sure all our fellow citizens can vote too.

To follow legal efforts to protect the vote from restrictive laws:

To help register people to vote: 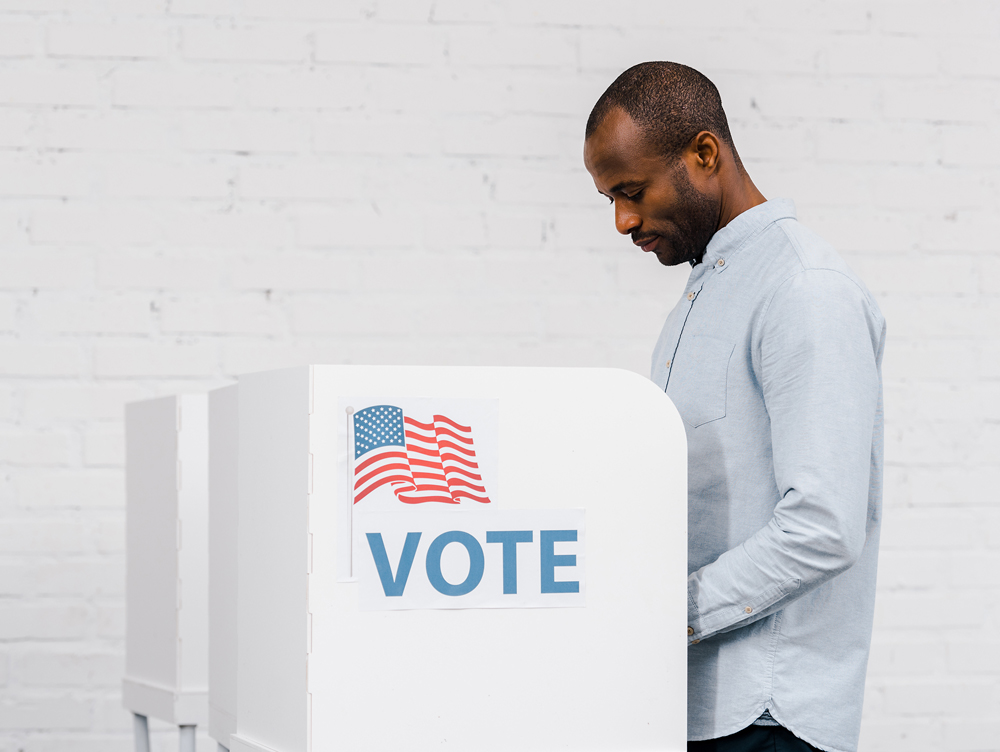