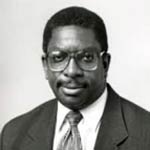 Xcylur R. Stoakley, Vice President, was a founder and Co-Managing Partner of Ark Capital Management, a private equity firm based in Chicago, IL. He also spent over 20 years in the telecommunications field with Ameritech Corporation (now a unit of the new AT&T) as a member of the Ameritech Investment Management Group. Following a successful career with Ark Capital Management, Mr. Stoakley served as a member of the Office of the President of the Winnfield Holding Corporation (WHC) which owned and operated a group of funeral homes predominately serving African American families in Louisiana; and served on the Executive Committee of WHC and its board of directors.

Mr. Stoakley Received a Bachelor of Science degree in Electrical Engineering from Bradley University and an MBA from the Keller Graduate School of Management. He has also served on the Boards of Directors of for profit and non-profit organizations, including, Nina International, L.L.C., Dock’s Great Fish, Inc., Public Access Lighting, L.L.C., Synovial Corporation, Parent Resource Center of DuPage, and The HistoryMakers, Inc.